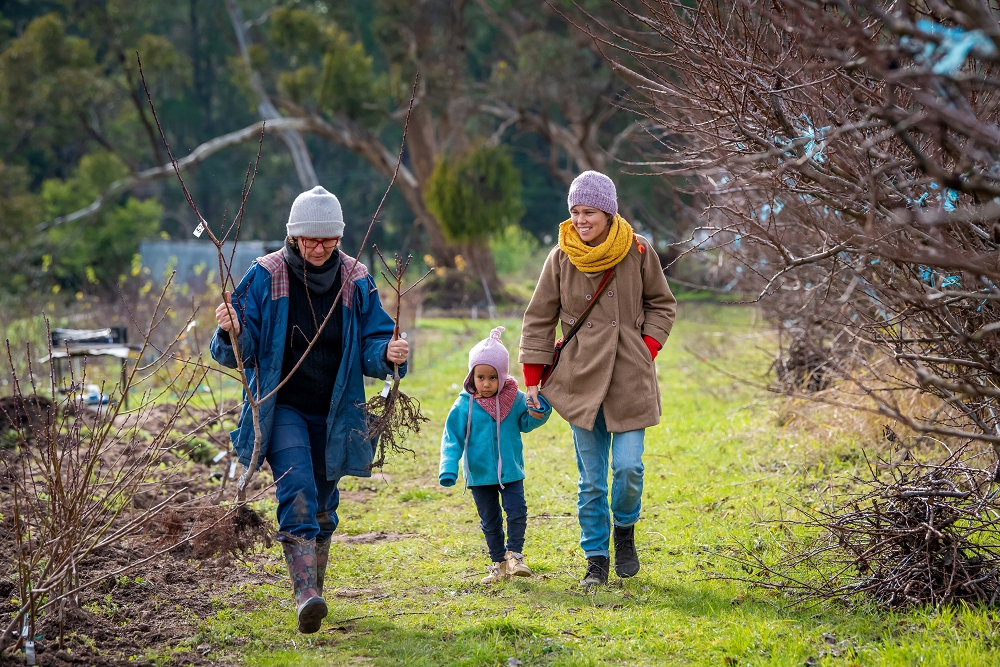 Are you feeling sad that you missed out on fruit trees?

Don’t worry, you have one last chance to buy some!

Luckily, it’s still the right time to be planting fruit trees in your garden – but only just. The buds on the peach trees have definitely started to swell, so it’s time they were in the ground at their forever homes.

Carr’s Organic Fruit Tree Nursery is making a surprise appearance at the Castlemaine Farmers Market Weekly today, with the VERY LAST of this year’s fruit trees. We’ll be at the co-op stall, alongside the usual delicious vegies, milk, and yoghurt.

We had a brilliant year in the nursery (thank you so much if you bought trees from us), so there are hardly any leftovers.

But the last few need to go to good homes, so prices will be very reasonable (from $10 to $25 for most trees).

Here’s what’s left (but there’s only 1 or two of most varieties, so if you want a particular variety, please get to the market early).

See you at the market!